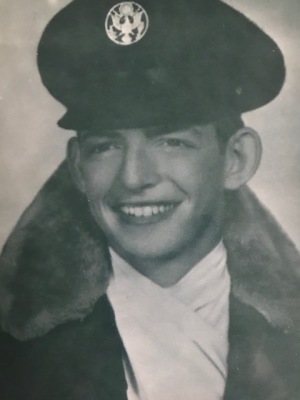 Jerry E. Slater, 80, of Wilmington, Ohio passed away Tuesday, December 31, 2019 at University Hospital in Cincinnati.  He was born August 27, 1939 in Chillicothe, Ohio, son of the late Charles Slater and Ruth Sherwood Fowler.

Mr. Slater served 26 years in the United States Air Force, which included tours in Vietnam.  He retired from the Air Force as a Master Sergeant.  After his military career, he was a flight engineer for Revlon Executive Air Fleet and Airborne Express.  Mr. Slater had also been an FAA examiner.

In addition to his father and mother, Jerry was preceded in death by his stepfather, Claude Fowler; his sister-in-law, Ginny Slater; and two grandchildren.

In lieu of flowers, memorial contributions may be made to the Clinton County Humane Society, P.O. Box 1024, Wilmington, Ohio 45177.

To send flowers to the family or plant a tree in memory of Jerry E Slater, please visit our floral store.